Moving from US to Australia – Everything You Need to Know 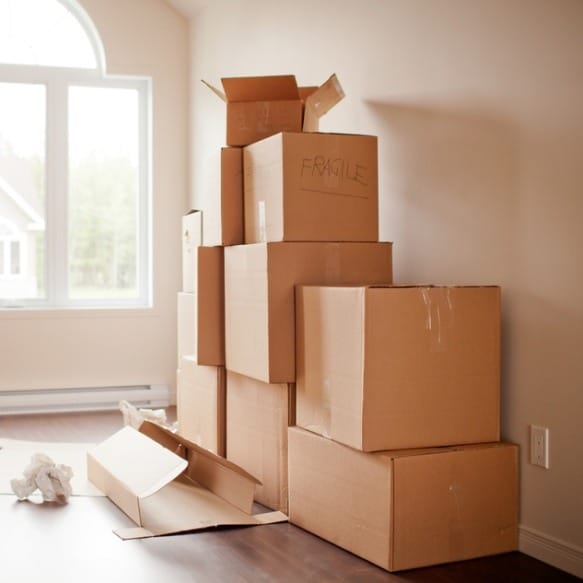 Author Bio: Jessica Hansen is the head of content for Hire A Mover – her fathers moving company. In her spare time, she enjoys travelling around the world to different surf spots and tasting the local cuisine.

The US State Department will tell you that Americans just love to migrate abroad. There are around 6.32 million doing so, and according to Australia’s Census of 2011 (reported by the Australian Bureau of Statistics), there were 90,000 US-born individuals in the country even at that time.

Australia holds a great deal of appeal for Americans. The beautiful weather, surreal landscapes, world-class beaches, cosmopolitan city culture and a generally laid back, fun-loving attitude are a few noteworthy aspects. Furthermore, the economy is thriving, the country is very well developed, Australians are a friendly bunch and the language is the same. There is a lot about Australia that entices Americans to make the move, but as with any foreign move, there are factors to consider before you make that leap.

Our below tips should help you make your relocation a smooth one:

It goes without saying that you’ll need to apply for the appropriate visa to enter Australia. You may have several options, dependent on your intentions for your stay.  If you’re going to live in Australia, you’ll probably need one of the following visas:

Take a look at the visa types for US citizens and choose your visa carefully.

Most people fly into the major cities of Sydney or Melbourne, then fly onward from there if necessary. US citizens often fly direct from Los Angeles, Honolulu, Burbank, San Francisco or Dallas/Fort Worth. LA to Sydney is the most popular route for migrants.

Given the massive distance you’re covering, flights probably won’t be cheap, so if cost of flights is an issue, fly over during low season (October to November or March to May). If you take the fastest route – US west coast to Australian east coast – you’ll be in the air for between 13 and 14 hours.

Decide on how you want to transport your belongings. Sort through what you can do without and whittle down belongings until you’re left with what you can’t live without.

What you aren’t going to bring, you can sell, gift, bin, or put in storage. For the stuff you are going to bring, it is smart to invest in a relocation company with lots of experience in shipping internationally. This will take a lot of work out of the move for you, saving you plenty of time and probably a fair few expenses too.

Note that you may need to pay import fees, duty and taxes unless your belongings are more than 12 months old.

It’s a good idea to sort out your financial affairs in Australia before you leave the US. You don’t want to land in a new place and find that you are hampered when you want to make payments or sign up for important things. It may help to know that some Australian banks have migrant programs that help you figure things out ahead of your move.

With one of these, you’ll be able to fund your Australian bank account before you get there. Don’t forget your ID, as you’ll need to present it on arrival before you can use the account. Once you have an Australian bank account, you’ll be able to apply for credit cards and other services. Alternatively, you could take a credit card in the US that is set up for fee-free international spending.

Not sure which bank to go for? Check out the following:

Another good idea is to open a foreign currency account like Revolut, which allows you to hold funds and spend them in many currencies; you can also transfer money between international accounts cheaply or even free. You’ll get almost the exact exchange rate and minimal fees (if any), dependent on the package you choose.

Wherever in the world you go, you’re going to have to understand your tax obligations, and of course they vary from country to country. In Australia it’s the ATO (Australian Taxation Office) you’ll need to answer to.

If you’re planning to work in Australia, you’ll have to pay income tax to the ATO. The same goes for investments or benefits, and you pay depends on what you earn. On arrival, you’ll need to apply for a Tax File Number (TFN) from the ATO.

It is also possible that you’ll still need to pay taxes to (or at least correspond with) the IRS back in the US – so determine this before you leave for Australia. American citizens and green card holders must still file US tax returns when living abroad. Don’t worry – that doesn’t necessarily mean you’ve got to pay twice! However, if you don’t like the requirements you need to meet, you can consider renouncing your US citizenship.

Also note that if working for an Australian employer, you will be entitled to contributions into a superannuation fund for your retirement. This could be up to 12% of your salary.

The laws and regulations around driving with an international license aren’t the same in Australia, but you should be able to use one temporarily at least – assuming your license is clean and valid. However, if you’re residing in the Northern Territory you will also need an International Driving Permit (IDP) from the US.

If you’re going permanent in Australia, you’ll have to convert your license to an Australian one after three or six months (dependent on the territory). Lastly, don’t forget that Aussies drive on the left!

Although living in Australia is easy and pleasant on the whole, moving to a new country is likely to present at least a few challenges. There can be obvious ones like culture shock, which is a thing even if you speak the same language. What is culturally appropriate in Australia can vary quite a bit compared to the US. For instance, Australians tend to be quite late for meetings and restaurant service can be slow.

There is no tipping in Australia, as the hospitality wages are significantly higher than in the US, and food portions may be significantly smaller. Although the language is the same, meanings for common words can differ a great deal, at times leaving you feeling like you’re speaking another language after all!

Lastly, there are a whole host of unfamiliar insects and snakes to get used to in Australia, so you should educate yourself and what those are and how to handle them! All in all, your move to Australia is likely to be very rewarding – so go ahead and take the necessary steps, and make the final leap with confidence!